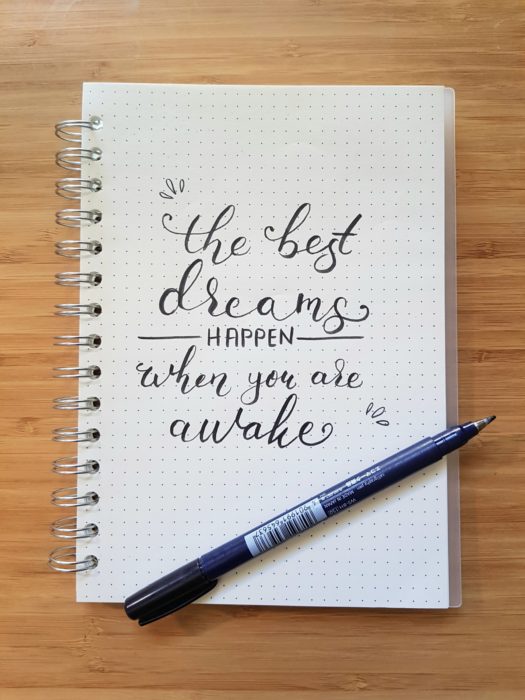 After writing loads of non-fiction in the last four years, I couldn’t resist the urge to craft fiction.

This piece is an attempt to write a short story with a 💓 .

The story demands 8-10 minutes of your undivided attention. So, if you wish, you can save it and read it later.

If the story succeeds in touching you in some way, please don’t forget to leave your comments.

The Best Dreams Happen When You Are Awake!

It’s Monday afternoon. A shower of artificial lights making its presence felt across every possible corner of my office space is creating an illusion that I am sitting right in the middle of Milky Way.

My sleep-deprived eyes, though, don’t fall for this elaborate deception. As a result, I need an hourly dose of lukewarm liquid that is doled out through a machine called coffee dispenser to keep my eyes wide and awake because it went through the torture of four hours of Netflix marathon last night.

I am holding two paper cups of machine-made lukewarm liquid while navigating through the impossible maze of my workplace.

In this workplace, all the souls, including me, seem to have no problem trading our freedom with some stupid amount of money that gets transferred to our bank accounts.

While I am still struggling to make my way through the office space, the sudden vibration of my mobile kept in the left pocket of my trouser decides to seek my immediate attention.

Going by my past experiences, I never understood why someone from my contact list often finds this (when my hands are preoccupied) as an opportune moment to call me. Another favorite time for these well-wishers to bother me is when I am right in the middle of using the washroom. Despite the recurrences of these coincidences, I often forget to leave my not so high-end mobile at my work desk and end up cursing myself for this lapse.

It’s afternoon, and I am yet to hit half of my daily quota of numbers. So I’m in a rush to connect as many calls as possible before I could wind up for the day. And I don’t recall the last time when I took an early off from my super busy schedule.

After all, making close to 600 calls a day can’t be a job for some faint-hearted tele-caller. Later in the evening, this tele-warrior of yours is scheduled for a rare date. It is as rare as finding an Ola/Uber without surge pricing during the evening downpour.

It took me months to convince someone to date me on the pretext of casual meeting. It’s a reality check when you come to know that telemarketers are indeed the last on the list of modern professions to win a possible date purely based on their professional reputation. Dating is a market place where other credentials are as relevant as knowing the original source of a viral Whatsapp forward.

After managing to get myself reasonably charged by consuming the liquid content of those two paper cups, I got connected to a lady called Maya M. I was in a hurry to get the scripted dialogue out of my system, so I blurted

“Hi, this is Sam, and I’m calling because I’d like to save you 1200 bucks on your monthly electricity bill. Does that sound interesting to you?”

The “hello” voice from the other end sounded as if she was expecting a call from a telemarketer. Usually, when you’re talking in a reasonably good manner to a tele-caller asking you to buy something that you might not need, it means either you are in an excellent mood or you have a lot of time to kill or maybe both.

She said, who the hell is looking to save the electricity here. I have so much surplus electricity stored within my beautiful body that I am looking for a decent outlet to balance things out.

Tell me, Sam, do you fancy yourself to be that lucky outlet?

And I was like, why do I have to put up with this kind of stuff?

I disconnected the call, which doesn’t happen quite often.

My next call was to John M. As his name and number popped up on my desktop screen, I had this gut feeling he too may just spoil my timesheet. But even a tele-warrior like me can’t afford to skip a call simply because he didn’t feel it right. So I brace myself for one more rejection selling an energy-saving device.

“Hello?” A voice having a stamp of resignation & agitation written all over it answered.

“Hi, this is Sam, …Does that sound interesting to you?”

After I was done with my scripted dialogues, I heard the man on the other side of the call taking a deep, tensed, and exhausted breath as if someone just got a fighting chance to catch his breath after remaining drowned in the water for more than a couple of minutes.

By listening to that one breath, I could hazard a guess. I could sense that the man on the other side of the call was exhausted, traumatized, stressed, and depressed. Making 600 calls per day for the past two years can train you in human psychology that no university degree can ever do.

I know, it’s quite crazy to believe that one can decipher so much from a single breath. And if that person happens to be someone like me who is not even qualified to get himself enrolled in a university, then your suspicion can always get better of you. And if that’s the case, then I don’t blame you, because that’s what I have learned in my short life — When we blame, we give away our power.

You might be knowing the type of a deep breath I’m talking here. It’s one of those breaths where the weight of the entire world seems to rest on your weak and tired shoulders. And with each passing moment, the load becomes so unbearable that it ends up making a massive crack at the spot where you are standing, leaving you scared you might get buried alive.

John responded, “Sam, I know you’re just doing your job and trying to make an honest living. I respect that. I really do. But I have something to share.

I’m, right now, sitting in a hospital because my teenage son decided to swallow half a bottle of sleeping pills. Doctors are doing whatever they could to revive him. I hope we do get a chance to celebrate his birthday falling on this Sunday. Why would a young and bright teenager like him ever choose to end his life? Agreed, his marks at 94% were a bit on the lower side, but that doesn’t mean you quit at life. Do you?

I said nothing. The pain in his words and the horror of what just happened to his son shook me completely. I stayed silent for long enough to hear my own breath communicating with that of John’s.

But he didn’t hang up.

After gathering some of my senses and courage, I was finally able to speak. “I’m so sorry for what you had to go through. I can’t imagine the pain and suffering that you and your family might be experiencing right now. Please accept my sincere apologies for disturbing you for such a trivial issue at this moment of personal crisis.

“It’s okay,” he replied, and I could feel tears rolling down his eyes. “No need to apologize, You’re just doing your job, son.”

I, too, couldn’t prevent tear ducts of mine from getting activated.

“I have no idea what I could do to make things bearable for you,” I responded. “I’ll be sending you all the prayers so that you get to celebrate your son’s upcoming birthday on Sunday. I hope there are many more celebrations in store for you.“

After a pause, he replied: “Thank you.”

Then, he hung up.

After losing the plot for the day, surpassing my number seemed like an impossible task of hitting six consecutive sixes in the last over of the match. Despite the odds, I put my sincere efforts in remaining of the calls until it was time to leave.

I was a bit disappointed, but…

Hey, the evening was still not over yet. I was about to meet someone. And as they say, you never know what can happen over a cup of (overpriced) coffee.

Sitting in the auto and lost in my thoughts, I received a message from Swati (my date). The first word of the message read “sorry,” and my heart started pounding at such a fast rate as if to outrun Usain Bolt. I gathered all the courage and opened the message box. It was written, “sorry, I am running late, stuck in a traffic jam.”

I had a sigh of relief!

After making me wait for almost half an hour, Swati finally arrived at the coffee shop.

She was in her smart casuals. Her shoulder-length brown curly hair pulled back with the help of a lime color band was exposing the back of her neck. The way she was dressed for the occasion, I had my doubts about the outcome of this date.

Besides, she looked like someone who could hire me as her employee.

But a couple of minutes into the conversation with her and I was on the verge of losing my unofficial degree in human psychology. Swati just didn’t care if she was too beautiful for a guy like me. She was full of life and rich insights.

Coincidentally, she, too, was working for a call center. The only difference, though, she chooses to play a critical role in saving people who were too depressed to take their precious lives. And she was visibly proud of her role.

I couldn’t resist myself from sharing the story of the chance conversation that I had with John earlier today. I told her how I felt different after the talk.

“After that conversation, something had changed about how I looked at my job of being a tele-caller,” I continued. “Selling something to someone who didn’t need it started to look like pickpocketing. I am now willing to listen more. I’m ready to respect the individual choices of my customers if they tell me they are busy or are engaged in a meeting rather than tricking them into a more extended phone call.”

Swati was listening with rapt attention. I don’t know why, but I could sense something else brewing in her mind, while we were busy sipping our oversized cup of coffee.

Before we could even finish our coffee, she showed me a message from her senior manager who was willing to interview me for the position of senior team leader.

I knew she could hire a guy like me as her employee! And she actually did.

After locating my heart in the right place, I finally started seeing and feeling things differently. Thanks to the girl sitting next to me.

Originally published on my LinkeDIn Page.